I Want to Ride My Bicycle

Although we spent a lot of time stopping to check the map every few blocks (even the bicycle vendor admitted that everything looks the same here), we had a great time on our bikes. It made us feel very Dutch, and helped to burn off some of the calories we were eating and drinking. Each of us only crashed once. Mine was a bit more dramatic (sorry, no video). Shannon simply ran the back of her bike into one of the knee-high stanchions that keep the parked cars off of the sidewalk. Me, I was making a turn across a spot where two tram lines converge. My front wheel got stuck between the tram track and the cobblestones. When I tried to turn the wheel to make the turn, the bike simply plowed over on its side as the front wheel was stuck in the tracks. I tried to catch myself with an outstretched leg as the bike went over, but the strap of my camera bag got snagged on the handlebars, pulling me down onto the street. Several concerned locals stopped to assist and asked if I was alright. I was physically unharmed, but a little embarrassed!

Click on any thumbnail to pop-up a Lightbox which will allow you to scroll through all the photos in this gallery. 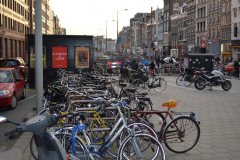 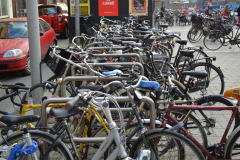 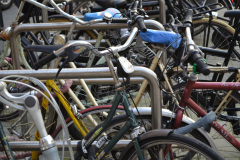 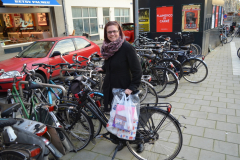 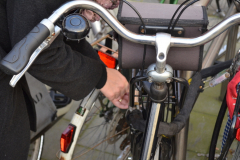 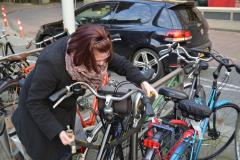 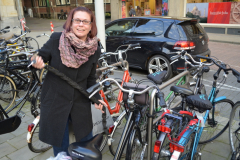 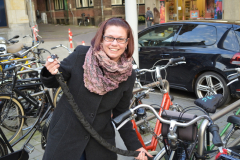 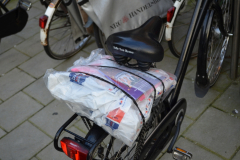 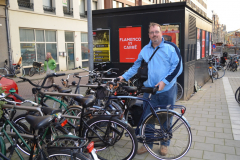 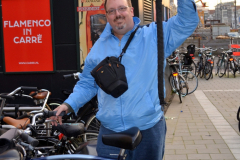 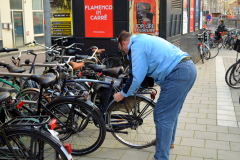 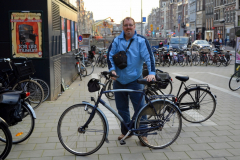 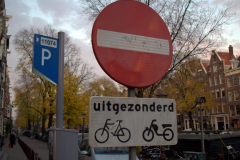 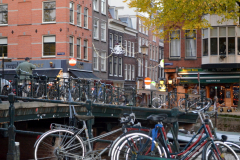